archiKID has been launched with the idea of using architecture as plays and hands-on workshops whereby kids and families would practice accurate observation, questioning, experience, and creativity in making. We in archiKID aim to stimulate kids’ and communities’ awareness and sensibility toward building environment. Besides providing different kinds of Archi – Art workshops (which is a combination of architecture and different forms of art), we also work on different social and cultural content which suit more public events and engage more participants from different ages and abilities. In this event, each participant will collaborate in a process of creating a public art by weaving a particular sort of triangular net (with paper straws), which would be an the abstract symbol for a “Cocoon”, a potent symbol that speaks to so many layers (the cocoon is about wanting to feel comforted and safe, it’s about transformation, and knowing that when we put in the work, we will fly again…).

This is an experience relating to space that involves kids and families in a certain activity within a play-based process. Each individual or group could make just one or as many particles (triangles) as they want and by connecting some corners of these parcels to each other’s, a unique self-structured cocoon will be created. This is going to be an interactive public art installation which is focused on public engagement from different age groups (3-99). It’s about the audience determining how they
want to interact while making it.

We like our children to make great wishes and think of their new resolutions in life every day. Each group of our participants in this creation will be encouraged to make
some wishes. They could write them on a surface of a light balloon, and then put the balloons inside this cocoon. To become a butterfly, a caterpillar first digests itself. May
all wishes come true!

Once upon a time, there were three little pigs that decided to build their own home and … Now Lala and Nana, let you see what happened then!

Once upon a time, there were three little pigs that decided to build their own home and … Now Lala and Nana, let you see what happened then!

The Persian Story of World Creation

This workshop is designed for 6-12 years old children. The attendees will experience making illustrations based on the old Persian story of the world creation using stencil characters based on the theme. Each attendee will be given a line of the story and some stencils to create an illustration. Children will learn about visual story-telling and use of stencil art.

Based on classic Persian literature, The Shahnameh by Ferdowsi (The Book of Kings), the film follows upstart ruler Zahak’s treacherous rise to the thrown in Jamkard (ancient Persia) and naïve Afaridoun, the young hero who will save the kingdom and people from darkness.
Zahak, who makes a Faustian pact to control the throne, is now haunted by his evil deeds. His recent nightmares and now a told prophecy of how a young man he wronged in the past will rise up against him has him worried and unstable, jeopardizing everything. However, Afaridoun must first conquer his own inner demons before he can battle Zahak’s dark forces to be the hero of Jamkard, restore peace to the kingdom.
The Last Fiction is the first animated feature made entirely in Iran.

This event is sponsored by Valid Insurance Services
https://www.validinsurance.ca 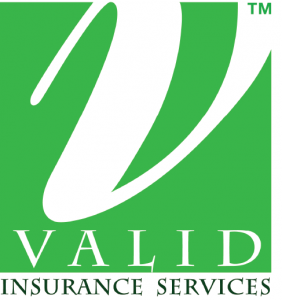