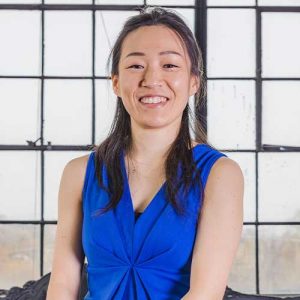 Naoko Tsujita is a Japanese percussionist whose diverse career has led her to give performances in cities in Canada, the US, Europe, and Japan. She won the University of Toronto Symphony Orchestra Concerto Competition and was a finalist at the South Japan Music Competition. Naoko has performed in concert with world-renowned musicians, including Gary Kulesha, Kristina Szabo, James Campbell, and Pius Cheung at festivals and venues. She also has worked with a variety of musicians in various genres and has had her playing featured in albums by JUNO award-winning artists including Madagassi singer-songwriter Donné Roberts and Canadian composer Derek Charke.

Aside from her performance career, Naoko’s compositions have received international awards, including first place at the Sally Slade Warner Arrangements & Transcriptions Competition 2020; published by the Guild of Carillonneurs in North America, and a Special Jury Mention at the Perpignan Carillon Composition Competition in 2019; performed at the Perpignan Sacred Festival 2020 in France and published by the American Carillon Music Editions. In addition, her piano piece has received an Honorable Mention at the Iranian Canadian Composers of Toronto (ICOT) Call for Score 2020.