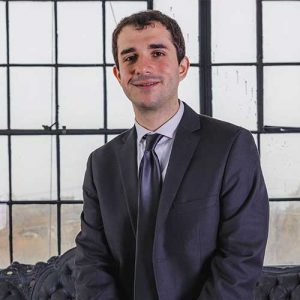 Louis Pino is a percussionist and technologist who works in a wide range of musical genres and other media. His performative and compositional practices are mostly influenced by cyclical time, neural entrainment, and the sound of his cat’s purr. As a soloist, Pino prefers to work on music incorporating theatrical elements and the use of technology, and has curated and performed solo recitals of entirely theatrical music and entirely electroacoustic music. Pino is also an active chamber musician and has performed with the Bob Becker Ensemble, Din of Shadows experimental music-theatre company, and regularly performs with TorQ Percussion Quartet. As an orchestral player, Pino was recently awarded the National Youth Orchestra of Canada’s Award of Excellence and performs regularly with the Kingston and Thunder Bay Symphonies. His most recent creative solo project was the release of his debut album All at Once including three electroacoustic compositions and a 25 minute performance of Pauline Oliveros’s Approaches and Departures. With Joyce To, Pino has produced and performed multiple multimedia works focusing on the human impact on climate change. The two have been presenting at conferences throughout Canada, and were named as winners of the Coastal Futures International Ecoacoustic Music Competition by the University of Virginia. He has also presented on his work with mind controlled no input mixer and MUGIC motion sensor. Pino spends most of his free time making beats, tinkering with homemade electronic instruments, and live streaming online.