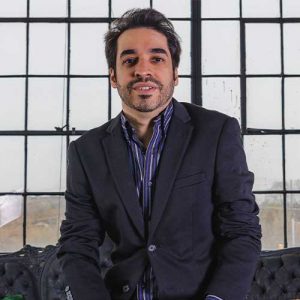 Keyan recently completed his doctorate in music composition at the University of Toronto. He holds a B.Eng. in Polymer Engineering, and an M.Mus. in Music Composition with first-degree honor, and was awarded the Best Master’s Thesis Prize for his Symphony in Three Movements. His major studies have been with Christos Hatzis, Alexander Rapoport, and Norbert Palej.

He is the artistic director, co-founder, and one of the composers of ICOT, a non-profit arts organization that bridges cultures through music and art, and produced over 40 new works since its inception in 2011. He holds the positions of the founder, educator, and artistic director of Key Music Studio. Keyan is also an Associate Composer at the Canadian Music Centre, a Member of the Canadian League of Composers as well as a SOCAN member.