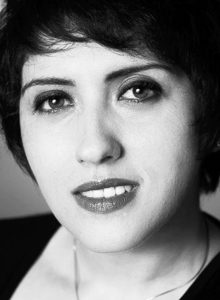 Banafsheh Erfanian is a Toronto based multidisciplinary artist. She wears different hats as an illustrator, painter, arts educator and mentor. She has illustrated many books and magazines for children and young adults and her work has been short-listed in many illustration competitions and exhibited in numerous juried exhibitions such as in Iran, Italy, US, Canada, Russia, China, Japan, and Serbia. She has had one illustration and two painting solo exhibits in Toronto. She has won awards such as the RBC Arts Access Awards, Canada, 2020, 2019 and 2017, The Award of Excellence of Golden Pinwheel Young Illustrators Competition, China, 2016 and the Encouragement Prize of the 15th Noma Concours for Picture Book Illustration, Japan, 2004.

The Persian Story of World Creation