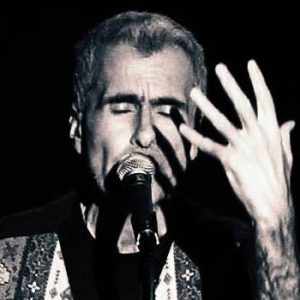 Ariel Balevi is a storyteller whose repertoire derives from the literary and folklore traditions of Iran, Turkey, and Central Asia: Firdowsi’s Book of Kings (Shahnameh), Attar’s Conference of the Birds (Manteq oTayir), Nizami’s Seven Pavilions of Love (Haft Paykar), Rumi’s Masnavi as well as the Thousand and One Nights (Hezar o yek Shab). Ariel performs these stories in English, using verse or proverb from the language of origin of the story. Ariel has performed in various venues in Toronto, Washington DC, Montreal and Ottawa, sometimes with Western or traditional Persian musicians such as William Beauvais and Sina Bathaie. In his performances Ariel strives to present the universality of these narratives, unfamiliar to some audiences, and in doing so bring about mutual respect and understanding among different cultures and traditions.
In 2010 Ariel Balevi with Willaim Beauvais, guitarist, released a CD Unspoken Dreams: Stories from Rumi which includes oral tellings of stories from the Masnavi or Rumi